Bird of the season?

Today we had to say goodbye to Agata and Maciej unfortunately. It would have been nice if they could stay a bit longer here, but another adventure at Ottenby is waiting for them. We wish them all the best and some good birds there.

Just a few minutes before they left I found a Red-breasted flycatcher male in the stationshaven. Unfortunately it did not fly in, but later in the day it flew into one of the nets. Although every species is nice to catch, I must admit that this has been they best bird so far. It was already the third new species for the season. Earlier this day we were able to ring garden warbler and sedge warbler. We only miss a few species that still need to return from Africa, such as Spotted flycatcher and Icterine warbler. 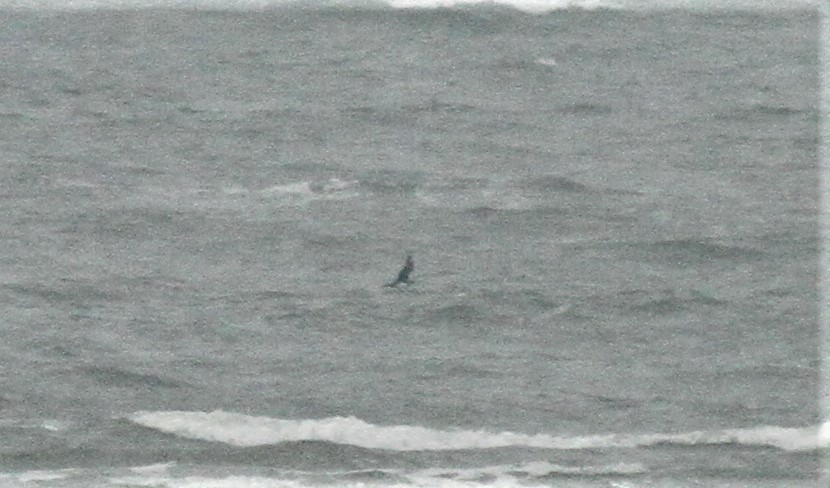 The seawatch was also very productive, although the limited vision. Maybe because of a bit of mist, an artic skua decided to rest on the beach. In a short time, it got chased away by some gulls. Next to the resting one, he saw three more and a pomarine skua. A kittiwake could also be added to the observationlist. 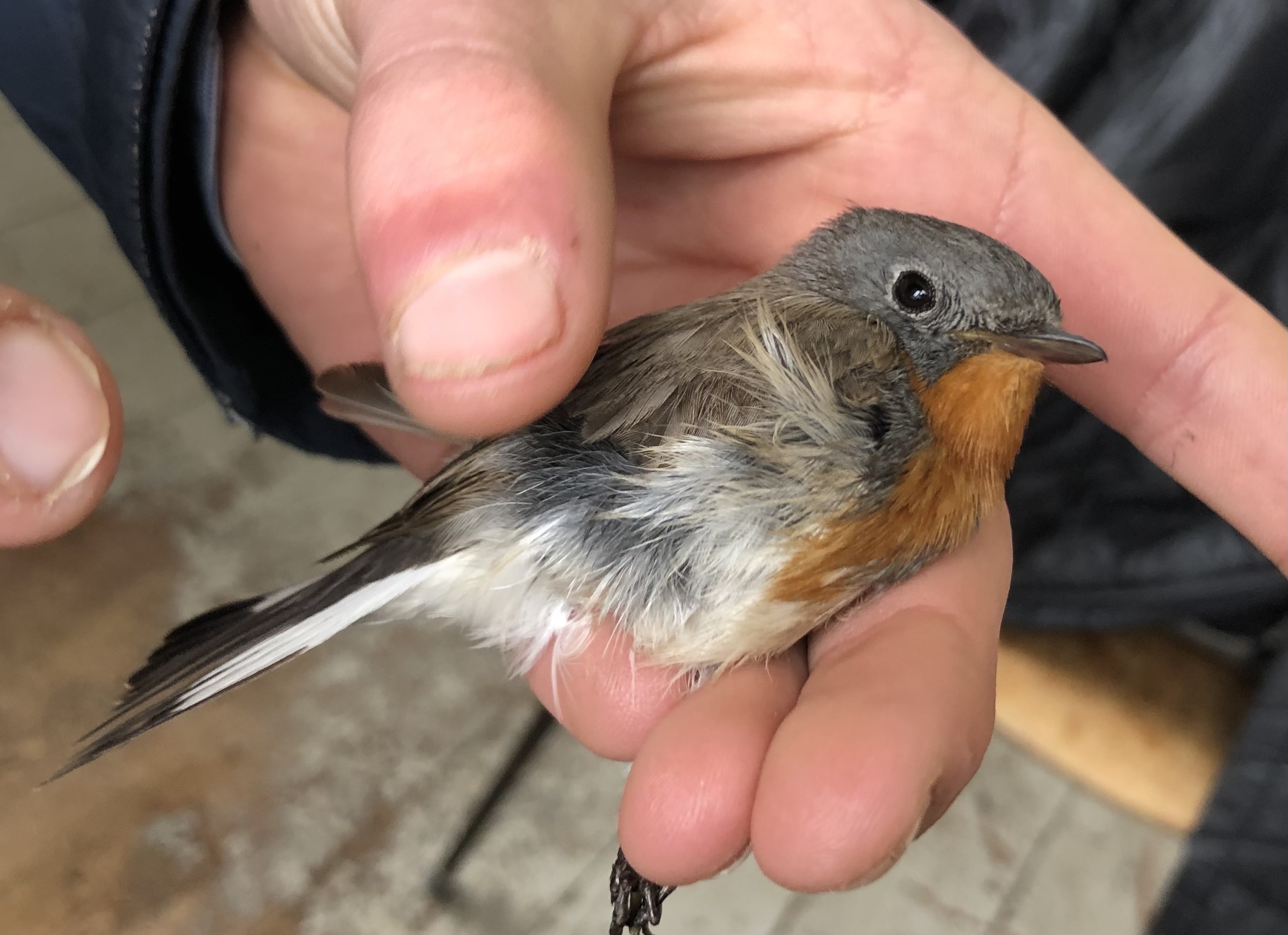 Definitely the species of the day! – Picture by Bello 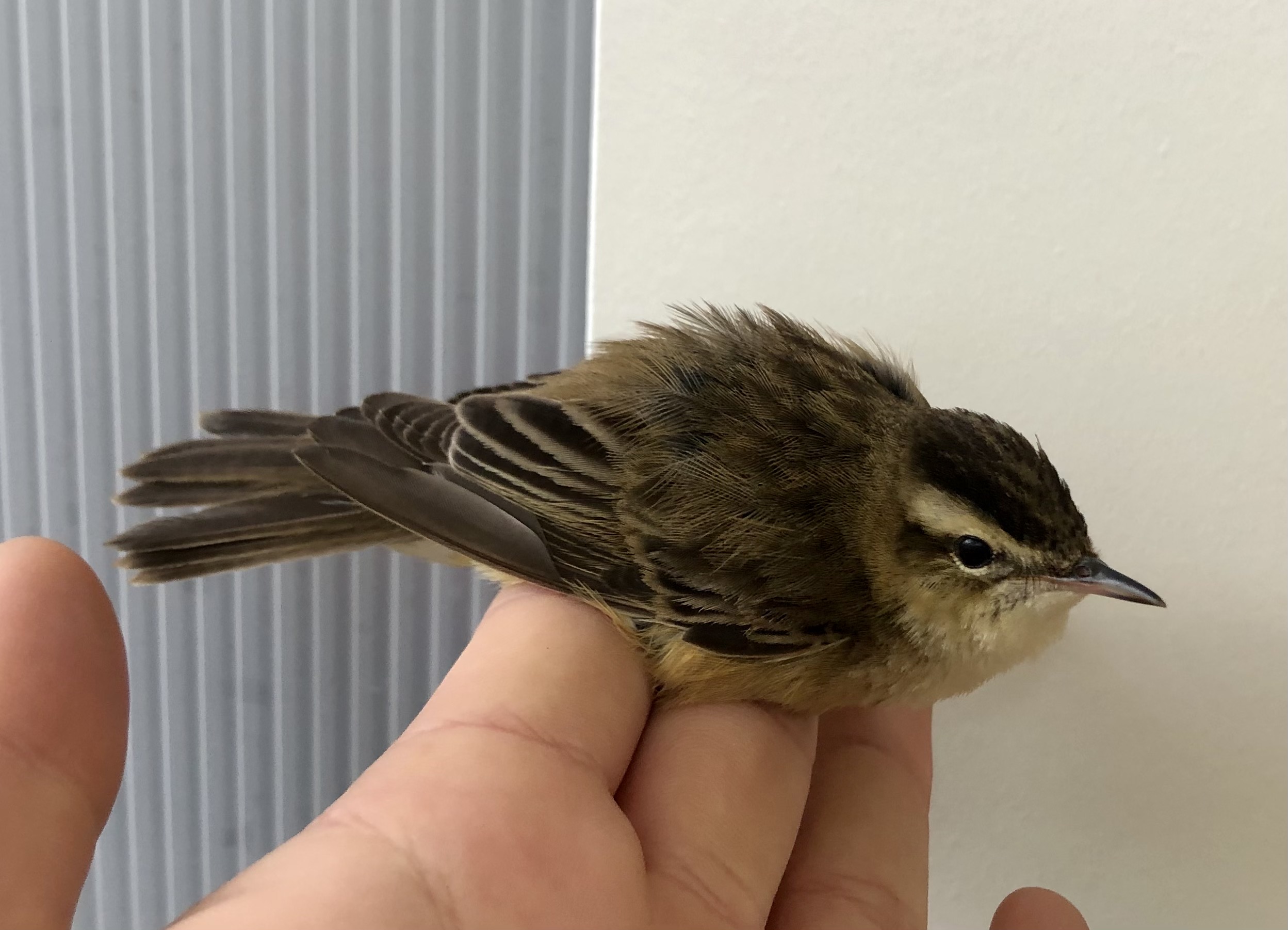 People at the station: Agata, Maciej, Bent, Bello and Menno